The Japan-U.S. friendship softball has been performed on October 13th, 2018. The Toyonaka Dai 9 JHS interchanges with  Borel (SANMATEO), and SANMATEO Team wins straight victories! The cheering party in Toyonaka went for support in order to support a developed exciting game.cheering! 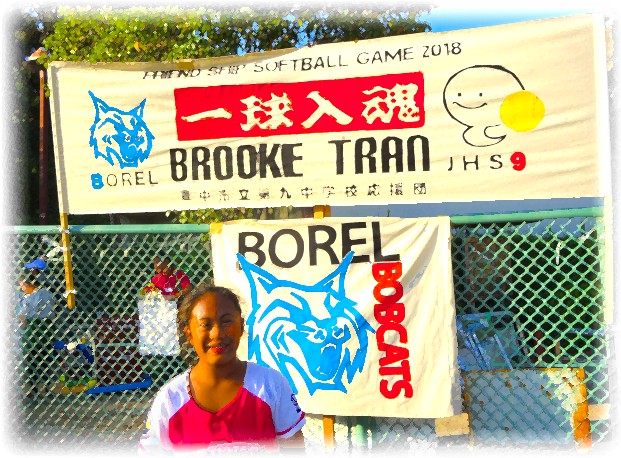 One Borel girl in The team has visited Japan recently. The Borel softball team SANMATEO (sister city of Toyonaka)mingled with Dai 9 JHS and played a friendly game with the softball club in Toyonaka city.We saw  Brooke there. 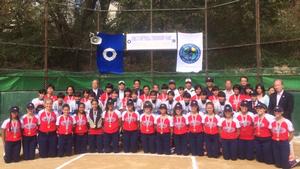 orted the both teams.

This shows the sportsmanship is essential to play a good game and we will do the best for it. We promise that we will take efforts to deepen the friendship between Toyonaka and SANMATEO TEAM through softball. The stockings of the USA is very cool.

The representative,  Brooke  greeted with " Hello " before they started the game. The first baseman showed a steady defense. The swing of the ball was fast and the foot work was excellent. Overall, the above pictures showed the nice pitching, good hitting, good defense and fast running  in front of the two flogs.

Finally, we would like to thank the both teams, the local supporters, the organizing committee and PTA`s chairperson.

有朋 来不亦楽乎⇒ We are really happy to see the friends from the USA.